Samenvatting How are democracy and the rule of law faring in Central Europe and Eurasia? In Nations in Transit leading regional specialists offer answers by reporting on more than fifty key indicators of democratization in 27 countries from Central Europe to the Eurasian region of the former Soviet Union.

The results are incisive, authoritative, and comprehensive. This important book is an invaluable resource and reference tool for governmental and nongovernmanl organizations and anyone else interested in better understanding this region. 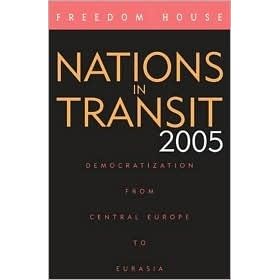 Recensie s Nations in Transit is the definitive scorecard on the status of democracy in Central and Eastern Europe and the former Soviet Union. It is a source of support and strength for agents of democratic change and political economic reformers. Very thorough and detailed. Sign in to Purchase Instantly. Overview Since , the Nations in Transit series has monitored the status of that change and pinpointed for policymakers, researchers, journalists, and democracy advocates alike the greatest reform challenges and reform opportunities facing the countries and territories that make up this vast geographic space.